In a recent story in The New York Times, Andrew Pollack reports that “scientists in Israel have demonstrated that it is possible to fabricate DNA evidence, undermining the credibility of what has been considered the gold standard of proof in criminal cases.

“The scientists fabricated blood and saliva samples containing DNA from a person other than the donor of the blood and saliva. They also showed that if they had access to a DNA profile in a database, they could construct a sample of DNA to match that profile without obtaining any tissue from that person.”

“You can just engineer a crime scene,” Dan Frumkin, lead author of the paper, which has been published online by the journal Forensic Science International: Genetics, told the Times. “Any biology undergraduate could perform this.” 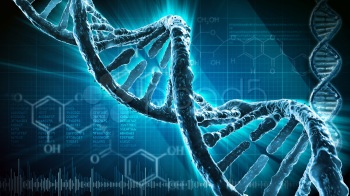 According to Nucleix, in vivo-generated DNA contains loci that are completely and consistently methylated and other loci that are unmethylated, differing from in vitro-synthesized DNA, which is completely unmethylated. Nucleix’s novel proprietary assay can identify and differentiate between real and all potential types of fake DNA through methylation analysis of a set of genomic loci. Results of the company’s research demonstrated both the current risk in sample integrity and the success of Nucleix’s new approach to DNA source verification.

There are concerns about the application of this technology, not only for private citizens but for the practice of forensic DNA investigation and its use in court.

“DNA is a lot easier to plant at a crime scene than fingerprints,” said Tania Simoncelli in the Timesarticle, science adviser to the American Civil Liberties Union. “We’re creating a criminal justice system that is increasingly relying on this technology.”

Does this mean we have to be skeptical of DNA analysis now? John M. Butler, leader of the human identity testing project at the National Institute of Standards and Technology, told the Times he was “impressed at how well they were able to fabricate the fake DNA profiles.” However, he added, “I think your average criminal wouldn’t be able to do something like that”