Liberal billionaire George Soros is meeting behind closed doors with top Democrats to plot a resistance strategy against President-elect Donald Trump and Republicans. 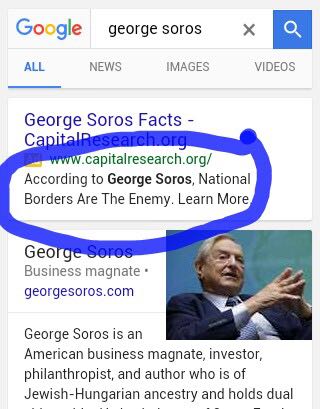 The three-day conference began Sunday at the Mandarin Oriental hotel in Washington, D.C., and is sponsored by deep-pocketed liberal members of the dark money Democracy Alliance donor network, Politico‘s Ken Vogel first reported. The group will seek to pick up the pieces from the 2016 election, plot its strategy for upcoming elections, and map out a game plan to battle Trump during his first 100 days in office.

“The first 100 days of a new presidency has become an important measure of the early success of a new administration,” the group’s agenda reads. “It’s a period typically seen as a time when monumental change can occur as the president, armed with the good will and political capital that comes with being the new president, is able to marshal new legislation through Congress.”

The agenda, which was drafted before the election, was geared toward a Hillary Clinton presidency. However, following Trump’s victory, the group shifted gears to figure out what happened in the election and ways of “combating the massive threats from Trump and Congress in 2017.”

The group will hold sessions mapping out intervention during upcoming elections at the national and state levels beginning in early 2017, with a goal of shifting “the terms of debate” and building “electoral capacity [and] candidate pipelines for 2018 and 2020.” Top Democrats such as Rep. Nancy Pelosi (Calif.), Sen. Elizabeth Warren (Mass.), and Rep. Keith Ellison (Minn.) will make appearances at the conference.

“The 2016 election has upended much of what we thought we knew about American politics,” the agenda states. “It has shown a roiling discontent with the political establishment, and there is ferment in the air. Forces of reaction, caution, and progress will joust for power in the coming period.”

Panels are scheduled about combating climate change, using technological resources to cultivate citizen engagement, engaging millennials, ways to move a progressive policy agenda in 2017, LGBT equality, and strategy to win back the white working class vote in the future.

The group will also seek ways to form deeper and stronger alliances to advance a progressive agenda.

“Over the past several months, many events, including the summer’s tragic shooting in Orlando, have highlighted the myriad and complex ways that social identities and systems of oppression interact with one another. In order to advance our vision of a progressive America, we must understand the multidimensional nature of structural inequality and develop new ways of combating it.”

The Democracy Alliance donor network was created in 2005 and is the largest network of donors “dedicated to building the progressive movement in the United States.” The group is heavily involved in progressive policy making, funding causes to push a liberal agenda, and organizing grassroots activities.